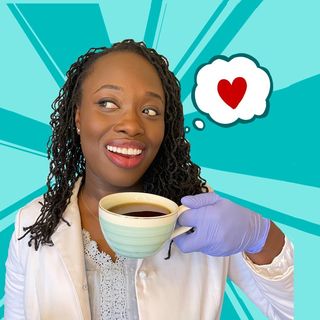 So. Last week was rough. I tweeted in support of trans people’s right to be treated with dignity & somehow got roped into a controversy. I got death threats, rape threats, & all manner of uninspired insults. I’ve never experienced anything like it. I’m probably going to experience it again. The blood is in the proverbial water.

Things I’ve reflected on while recovering from the shock of my mass media debut:

The internet likes to label anyone as an activist, and I think it’s changed what activism looks like. Nowadays, anyone can build a persona online out of “fighting” for any manner of issues while not being at all invested in them. I follow the lead of many incredible activists, but I’m at best a canary in a coal mine who hopes to draw attention to the challenges that I and the people I’ve been tasked with caring for face. I’m happy if my being “outspoken” means that others will be empowered to follow suit, but sad that we live in a world where speaking our truths is considered courageous.

Which brings me to the second point: until recently, I’ve figured that coming from a place of love means something. That as long as I was intentional with my wording and focused on compassion & my personal experience, I would be (mostly) safe. But I’ve since learned that the truth doesn’t matter to those who are determined to hate. People don’t need much of an excuse to go after those of us whose presence in the hallowed institution of medicine is considered an aberration. And that was good for me to learn. As my voice grows, more people will react poorly to me simply because of who is speaking. And because I can’t (won’t) shut up, I’m going to have to grow a thicker skin. Which… between being a debut author/ getting reviews (mostly good! I can’t actually complain!), being a 1st year Cardiology fellow, and getting piled on by F0x News aficionados…is gonna be armadillo-thick before the year is up.

View this post on Instagram A post shared by Shirlene Obuobi, M.D. (@shirlywhirlmd) on Monday, November 29, 2021 IT’S A BIRD! IT’S A PLANE! IT’S A COVER REVEAL! ON ROTATION is o...

View this post on Instagram A post shared by Shirlene Obuobi, M.D. (@shirlywhirlmd) on Thursday, December 2, 2021 Hi everyone! It’s time for #debutauthorchat - check out the tag...